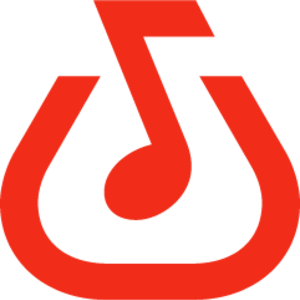 BandLab is where musicians and music fans from all over the world can come together to make, collaborate on and share music. The platform offers an easy, all-in-one solution for the modern social musician. It is wholly owned by BandLab Technologies, and is the flagship digital product in the organisation’s ...

Since 2015, BandLab’s mission has been to break down the technical, geographic and creative barriers between creators, collaborators and the music community.

More than 40 million registered users have been empowered by BandLab to date.

BandLab, the mobile-first music creation and sharing platform, has caught up to GarageBand in mobile downloads, according to data from SensorTower. The app, available for Android and iOS, was installed more than 1.2 million times in March 2021 according to SensorTower, while GarageBand saw 1M installs.

“GarageBand set the standard for independent at-home recording, showing what home studios could produce,” notes BandLab CEO Meng Ru Kuok. “We have strived to take this process one step farther, breaking down barriers for even more potential music makers. BandLab has made the creation process even simpler and more streamlined, in ways that reflect how music is being made today. Our goal has always been to help creators with their journey, whether they are recording their first track or their thousandth, and then help them grow as musicians.”

Being neck and neck with the established player marks a natural evolution in music production tools, from feature-heavy DAWs based on analog studio consoles to more dynamic mobile-first playgrounds that unlock musical potential for a wider range of users.  “We have an easy-to-use product that encompasses recording, mixing, mastering, and sharing tracks,” Kuok explains. “GarageBand is massive, incorporating numerous tools aimed at a variety of different types of users. But complex and technical doesn’t always mean better for all creators. Our focus is on user experience and creativity at its most elemental.”

That BandLab has lapped a long-standing leader in new downloads speaks to the app’s appeal, In some of the world’s largest markets (US, UK), as well as in markets where access to expensive hardware or phones may present challenges. Many iOS devices come with GarageBand pre-installed, so these numbers do not reflect total devices with GarageBand installed. However, a significant differentiator is that BandLab is available for Android devices, opening up mobile music creation and editing to billions of users who cannot access GarageBand on Android. In the US, BandLab’s biggest market, BandLab has outpaced GarageBand, even on its home turf, the App Store. And where Android dominates, such as the UK, India, and Philippines, so does BandLab.

BandLab differs from GarageBand and other DAWs on multiple fronts. It was built from the ground up with a new type of user in mind. BandLab works across devices, using real-time updates and version control like Google Docs instead of static files. Users can edit on one device, then switch to another. They can fork multiple versions, leaning into today’s predisposition for remixes, versions, and custom soundtracks. Users can also collaborate (and do it in real time on the web app version). All on the device already in your pocket or in a web browser on your desktop.

“BandLab is growing swiftly. We’re reaching the next generation of musicians, the creators who may be experimenting today to create that next big hit tomorrow, and who create more than ten million new tracks a month on Bandlab,” says Kuok. “We’ve given them the high-quality but accessible tools and a community to practice and play around using whatever device they have already.”

Founded in 2016, BandLab is part of music technology group BandLab Technologies, and is the flagship digital product in the organisation’s portfolio of music experience brands.

BandLab’s best-in-class mobile music creation tools and audio hardware empower creators everywhere to make music and share their creative process at an unprecedented level. Free to join, BandLab’s approachable software is based in the cloud, making it the most accessible, collaboration-friendly music production platform anywhere. Users can self-release tracks and retain complete control of their music rights, giving artists full autonomy and allowing them to keep 100% of their earnings from monetizing their music. It reported its first million users in April 2017 and now has over 30 million registered users world wide.

The BandLab product family also includes BandLab for Education, an award-winning music creation platform with classroom management tools used by schools in over 40 countries worldwide, and Cakewalk by BandLab, a professional-level digital recording studio for career musicians and producers.